(Recap: In September 1965, Tony’s brother Nigel and his girlfriend Linda had discovered they were expecting a baby. They were both 17, students – and unmarried. In Britain in the 1960s, having a child ‘out of wedlock‘ was considered deeply scandalous.)

This continues the letter dated 10th October 1965, which began:

We have just arrived in Sydney after a very rough day at sea yesterday. We spent the night in the harbour and I was awoken at 6am this morning to be told I had to go and see the doctor, who inspected our arms to see if we were drug addicts!!

Have docked and I am just going ashore. We plan to spend the day just wandering around the town. Will post this now.

Cheerio for now. All my love.

Thanks very much for your two letters which I received on Thursday (also another one that you forwarded). I was very relieved to hear that everything is OK and that the wedding went off all right.

It sounds as if it was quite a day – and yet another great wedding gathering at No. 22. Nigel and Linda were certainly very lucky with money and gifts, and it sounds as if he is determined to make a lot more! 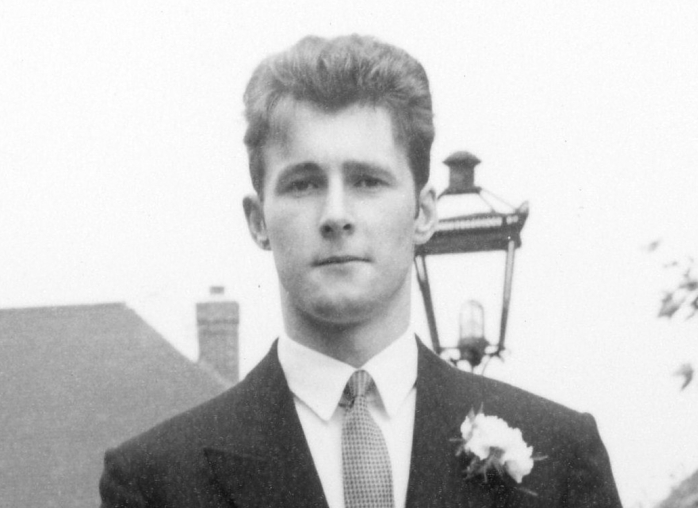 Nigel at his sister Carol’s wedding in July 1965 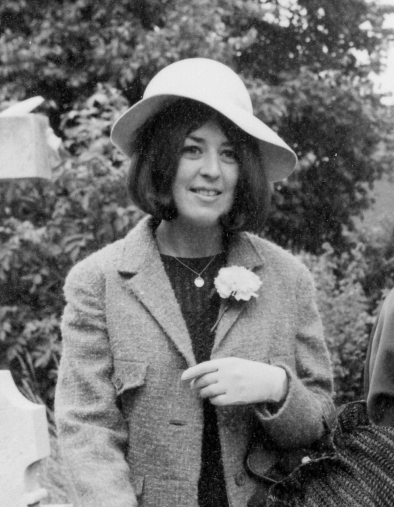 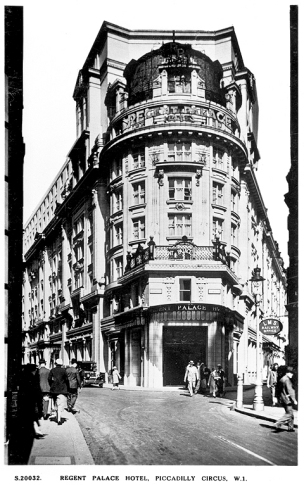 I hope they enjoyed their honeymoon in London. I know the Regent Palace Hotel and have stayed there once myself. It’s very nice. It was good of Chris and Carolyn to put them up, they certainly have been most kind and helpful to you all, and it’s great to hear that they are so obviously happy together.

Well, fancy my old Mum and Dad becoming Granny and Grandpa in April. Nobody will believe it I’m sure, you both look so young.

It’s a pity you can’t take over the shop (Mum) full-time as that would have been terrific for you. However three days is fine, and enough to keep you occupied. You all sound very busy what with Masonic do’s and Night School.

The other letter I had was from the girl in Manchester I used to know, who informs me that she is still “knitting madly”. It has now been about 18 months since she had it – so what she has been doing heaven only knows!!

We arrived in Sydney and docked about 7am on Thursday and went ashore by about 9am. The ship is excellently located and very close to the centre of town. We spent Thursday wandering around the town and looking at some of the sights, the main thing being the Sydney Harbour Bridge.

Actually, Sydney is a bit of a disappointment. There really isn’t a lot to see and the city itself isn’t very impressive. It’s a sort of cross between about six of England’s big towns – with a heavy American influence. It seems to have no character of its own. The television here is just like America (all commercial) and so is the radio, but in contrast all the buses are very antiquated English double-deckers.

The biggest change is coming this January. Then they are changing to decimal coinage, and from then their currency will be dollars. The changeover has already started, and a lot of prices have the dollar equivalent beside them. So we are here at a very interesting time. It will probably be chaos for a while, and on the streets there will be ‘Dollar Girls’ to help the old people.

Australia seems very expensive and this has been confirmed by several people we have spoken to. Actually it’s far too early to form opinions and we are trying to wait until we come back before we really decide, but first impressions are that I am not highly enthused with Australia (or the tiny bit I have seen).

And having looked at all the guidebooks there doesn’t seem to be an awful lot of scenic interest either, and we are beginning to wonder if six months here will be too long. Still we shall decide that when we come back.

On our first day we went for a ferry ride to a place called Manly Beach which is about a 40 minute ride out of the harbour and a little way up the coast. This was a very nice little town, with beautiful beaches – and with a shark netted area for safe swimming!!

Note from Tony: I have no recollection of the girl in Manchester who had been madly knitting. It sounds as if she’d had a baby – but it definitely wasn’t anything to do with me!!

It’s funny now to read my first impressions of Australia as I now deeply love the country, enjoy visiting regularly and would happily emigrate there if I had the chance!

Tony is 81 and lives with his wife in South West England. Aged 26-29, he travelled the world with his friend Colin, cataloguing their adventures in his letters home - and he's now revisiting those memories, 53 years later. Jackie is Tony's wife, who's dictating the letters using voice recognition software. Jackie has now been nicknamed 'The Dictator.' A very happy pair, in recent years they have enjoyed visits to the Arctic Circle, Australia, Vietnam and Cambodia, and they are now happily planning their next adventures abroad. They have two daughters, Juliet and Tiffany. A features journalist who loves tales of true life adventure, Tiffany has set up this blog to share her father's letters and photos. Tiffany, Juliet, Tony and The Dictator welcome you to Tone's 1960s Travels! View all posts by Tone's 1960s Travels

2 thoughts on “23-24 Oct 65 : Another wedding and disappointing Sydney : Sydney, Australia”